SALES IS ESSENTIAL TO BUSINESS SUCCESS

Let’s talk about change our beliefs of what a Salesman looks like.
No longer should sales means a seedy salesman but it our way of serving our customers. Your mindset and approach to sales can effect your digital approach to eventually making that conversion from lead to customer. SALES should mean to:

Lets talk about sales. A lot of people have the thing about sales and they talk about sales. When they think about salesthey think of that sort of gold chain, seedy, car salesman trying to talk them into doing something they don’t want. When you talk to about sales to other business owners or other people in general, the idea around it is they sort of feel a bit, you know, gross or tacky using that word.

I don’t want to make sales, but I think every business owner out there is a salesman in some, in some regard. You must generate revenue and make those sales in order to keep the business flourishing. It comes down to actually talking about sales in the right way. to changing your mindset on the subject.

I Use an acronym for Sales. Sales to me stands for being able to serve, ask, listen, empathize and summarize.

So I want to quickly talk about each of those and what that really means, and maybe help change the way you think about sales in order to make sales a more comfortable thing to do.

Start with the S and your ability to serve.  How you approach the situation around sales, in the sense that if you are trying to get benefit out of it that’s where that seedy S comes along. Your brain sort of goes to those old pathways that have already been created from seeing those situations.

Serving yourself rather than serving a customer sort of mentality creates a seedy feeling.

Which is funny because the more you can look at serving someone else the easier those first steps can be. The second step is to ask, ask customers questions.

Be curious and get to know what they are trying to get out of the conversation. What their plan is, what their strategy is, and what platforms they’re going to use. I’m asking you a lot of questions because I want to gain insight to their problem. I think naturally we have a bit of a tendency to come forward as wanting to show that we’re an expert or professional in the, particularly if we’re there to make a sale that we don’t want to ask questions, but we want to give answers.

This is a bad tendency to have, by looking to give answers, you may be missing on important information, which is actually going to get them the result.

The third letter is L which is to listen. The key is to obviously listen actively rather than passively, but more so than that is to listen to what they’re really saying on a deeper level, not just looking at the surface level of someone says, oh, I’m wanting to make more sales.

Sure. They’re wanting to make more sales, but listening to maybe some of the struggles they’re having will give you more insight to the underlining problem. People rarely say what they really want straight up.

By listening you’re building a relationship with someone without having to actually do anything.

The E is to empathize. It’s actually incredibly difficult to empathize with people and empathize from where they are in their situation. We find this difficult because we’re only feel our emotions and our struggles. So in order to empathize fully means to be able to communicate effectively and use the messaging that connects with them.

Finally we look to Summerise! Reinterate their pain and frustrations and how implementing strategies can bring the outcome they are after. Speak to them on an emotional level this resonates and allow for logical aspects to be spoken about later.

PrevPreviousHow A Niche Solves Your Problems In Business
NextWhy You Don’t Need A Fancy Website, Facebook Ads, or Content…YETNext 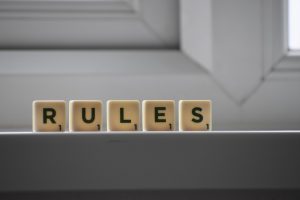 The Rule Of One 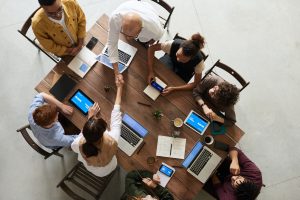 Sales Are A Lagging Metric Of Your Positioning 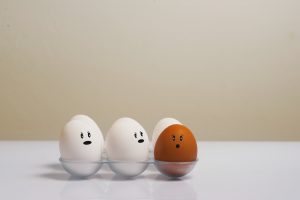 This Simple Method Is Helping Businesses Double Their Profit

This Simple Method Is Helping Businesses Double Their Profit A PRACTICAL EXERCISE Stop! Take two minutes to complete this exercise and see how much your